La Torre is an 18 hole golf course with a par of 68, the course provides a lush green setting to this internationally reknown course.

This course is now management by IRM Golf Experience formerly Polaris World golf courses are of a different style to give the golfer the most complete golf experience in Europe.

The golf course at La Torre is a Florida style golf course, making extensive use of lakes, bunkers and lush green fairways as well as fantastic greens. This course is not too long but to get the best score from it you must use your golf course management skills all the way round.

The 5 star clubhouse has a fully stocked golf shop a driving range and practice green adjacent as well as a 5 star restaurant.The course is built to international championship standards. The technology used providing a constant water supply to maintain the pristine condition of the fairways and greens year round. Nicklaus design claim that it is equal to if not surpassing anything in Spain in both quality and design.

This 18 hole review was written by Steven Franchi.

Golf course update: Steven played this golf course many times and found that the whole course from tee to green was in fantastic condition as you would expect from a Nicklaus golf course.

Check out our other Discounted green fees Spain.

*Published and discounted fees depending on party size.

About the Author: Lucy Franchi

Thanks for everything we had a great time in Benidorm golf courses we're great everything about the holiday was good hope to be back early April cheers Keiran. 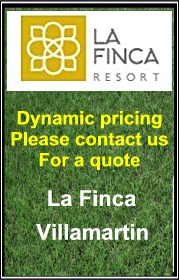 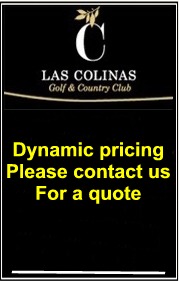 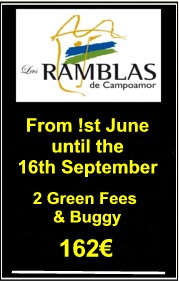 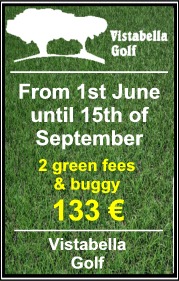